Almost 3 years ago, Eric's feet started bothering him. They would be tingly, numb, and sore all off and on. He played around with different things, and it got better for a while, then went bad again. Not really painful, just enough to be annoying.

About 6 months ago, I seemed to notice that it was getting worse. He seemed to tough it out daily, but I could tell his feet were bothering him. When I finally convinced him to go see a Dr. he didn't fight be as bad as I thought he would, so it must have been bad enough.

First he went to our family doctor. They took blood, ran some tests, one of which was for diabetes. They did come back with the diagnosis that his blood sugar was a tad bit high, but that couldn't have had anything to do with the fact that he was drinking Mtn. Dew by the gallon. LOL
So, he quit drinking Mtn. Dew and they put him on metformin, so of course between the 2 his blood sugar is normal. So now no more metformin, and not near as much Mtn. Dew either.
But still, after those changes, nothing had helped his feet, so we decided to keep digging.

The next step was to see a nerve doctor. He went and got his feet poked and prodded to check to see if he has neuropathy. That was a no go, so they next sent him to a podiatrist.

This doctor put him on Lyrica, which is a nerve medication to help replenish the nerves or something. After a couple weeks of that and no relief, we kept digging on the internet trying to find our own answers.

The tingling and numbness had since turned too quite a bit of pain, and was making it hard to walk and move around. This hasn't been easy what with us trying to move and all.

Anyway, finally the other night we were reading on the internet and came across the most perfect description of what Eric was going through. We printed it out so he could take it to the doctor with him and show him what we thought. At his appointment yesterday the doctor had come up with the same diagnosis in his notes. It is called Morton's Neuroma. 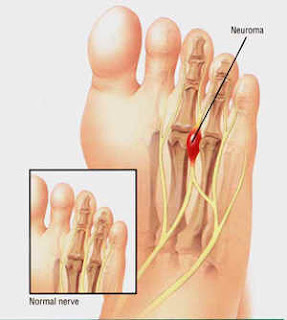 Morton's neuroma begins when the outer coating of a nerve in your foot thickens, or becomes enlarged. We are not sure what caused this, but we do know it is very painful now and something had to be done.

While at the Dr. he was given a cortisone shot in each foot. I think this was more painful than the neuroma itself. However, in the long run hopefully it will help!
After 6 weeks, if things haven't changed, we will try foot orthotics, if that doesn't work we move to surgery as a last resort.

Please pray for the cortisone shots to work! He has suffered enough!

Here is a picture of our NEW HOUSE!!!!!!!!!! I just snapped one of the outside for now because we haven't moved all the way. Once we get all moved in and settled I will post more updates!
Posted by Eric and Andrea at 8:56 AM 2 comments:

Easter was pretty simple at our house this year. We just hid a few eggs in the yard and let them go looking. They had fun! Here is Cade doing a little collecting! 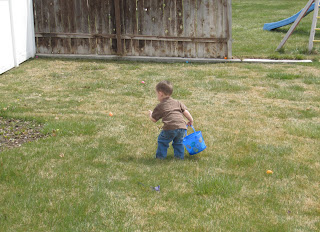 Preston grabbing a few for his basket! 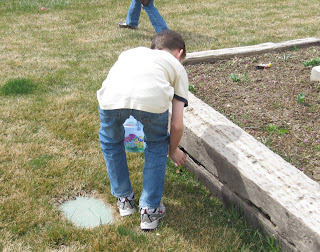 Jaida looking intently at what she just got in her egg. 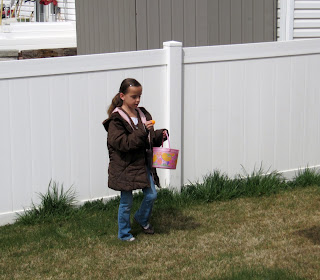 Alyssa grabbing one of the last eggs. 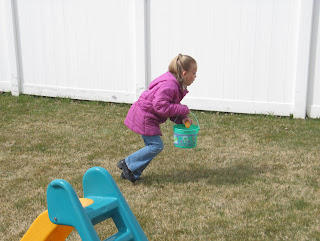 Here they all are after they found all the eggs. They got a few other fun things like kites, flashcards, candy, and other odds and end toys. 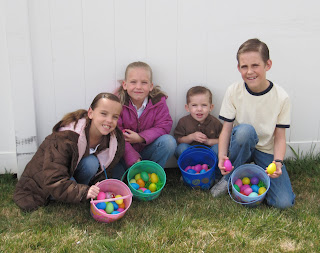 Happy Easter!!!
Posted by Eric and Andrea at 8:55 AM No comments:

Nine years ago on April 9th my sweet little Jaida snuck in to this world a tad too early. Born at 27 weeks, weighing just 2 lbs. 12 oz., and measuring 15 inches long. She scared us all half to death by coming that early, and we didn't know what the next few hours, days, weeks, or months would mean for us.
Needless to say, here she is 9 years later, a perfectly happy, healthy little girl. She is our little miracle baby! We love her and are so proud of the big girl she is becoming!! 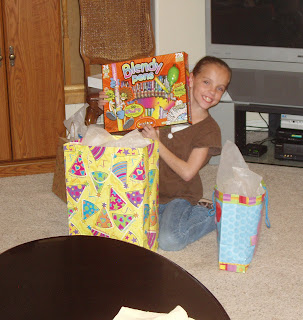 We went shopping and she was determined to have these blendy pens!! 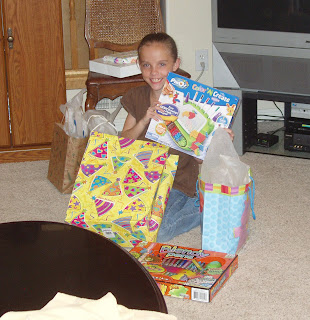 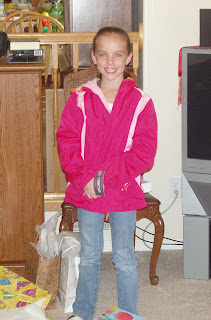 Mom decided it was time for a new jacket! 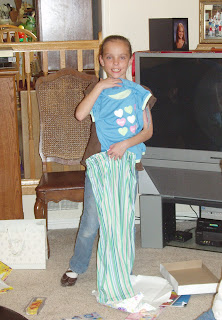 And a girl can always use a new pair of pajamas! Her little brother played photographer for the night and captured a close-up of her new piggy bank! (This year Target had the cutest banks, so I made it a goal to get each of my kids one for their birthday.)
She also got money from Grandma & Grandpa Saul, and Great Grandma Wittick, and a sewing machine from Grandpa & Grandpa Robison!
We love you Jaida! We hope you had a really fun birthday!
Posted by Eric and Andrea at 8:55 AM No comments: